We kicked off our half day with hot chocolates at Patagonia. We are obsessed with Patagonia – I was so surprised to see that it was only in Wanaka, Arrowtown and Queenstown. It was like a Max Brenner of South Island, New Zealand except it tasted SO MUCH BETTER. The hot chocolate tasted so rich and real. Amazing. As we were sitting in the cafe, we saw that there were markets being set up around the lake so we took a squizzle after sipping on our beverages. I bought myself a hand made sterling silver ring with a little amethyst gem. I loved how rustic and banged up it looked while remaining petite so… I splurged.

We then took a boat ride around Lake Wakatipu. We were so lucky as there was only 6 of us on the boat so it seemed very private. Josh, our skipper filled us in with lots of fun facts which I always love hearing.

Lake Wakatipu is the third largest lake in New Zealand. The first is on the North Island, and then there is Lake Te Anau then Wakatipu. Wakatipu boasts being the longest though at 85km. Again, this lake was a beautiful torquoise blue as it has a 35% glacial feed. I really hope to swing by Lake Tekapo one day which has a crazy ~80% glacial feed – now that would be stunning to look at.

We stopped to look at a few points around the lake. There was a little lodge by the lake side that was not surrounded by any other infrastructure which apparently costs $6500 a night to stay at. Last year, Prince William and Kate stayed there a few nights. Nearby, up on the hillside, Peter Jackson had built his holiday home which costed over 7 million dollars, mainly because everything related to the infrastructure was curvature. The windows are curved, the walls, the roof – everything. I think each of the window glass panels costed $18,000 each. Wowww.

We also stopped to look at Cecil’s Peak. Apparently, a businessman in Hong Kong bought it because the mountain is the size of Hong Kong. At the time, he bought it in 1993 for only $1.3 million. What a bargain. It’s gone up in value by $1 million each year since then so it now sits at a value of around $26 million. Luckily, its just spare cash to him so he hasn’t converted it into a massive development. The mountains are just used for farming sheep and cattle, which maintains the natural scenery around Lake Wakatipu. For now, anyway. 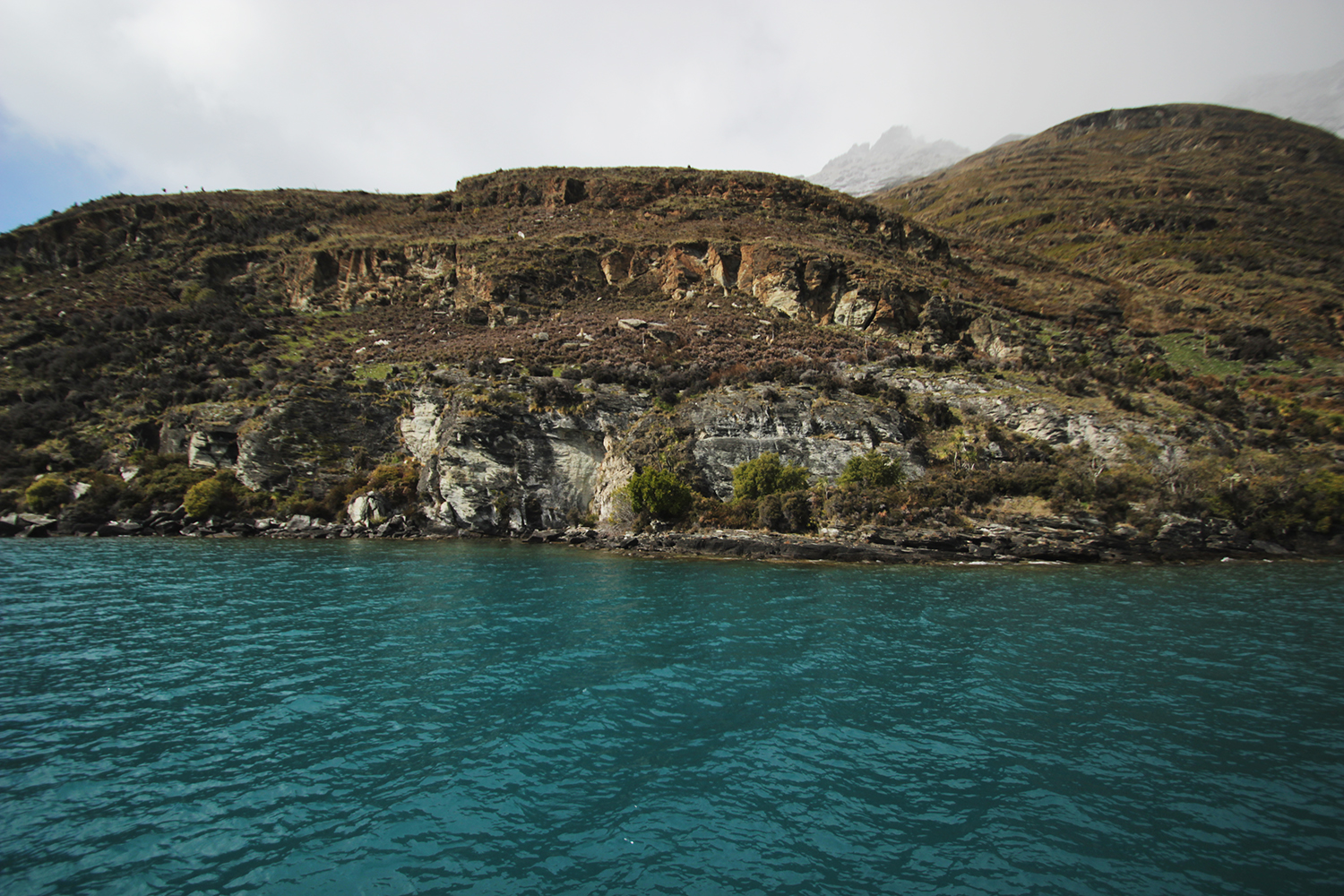 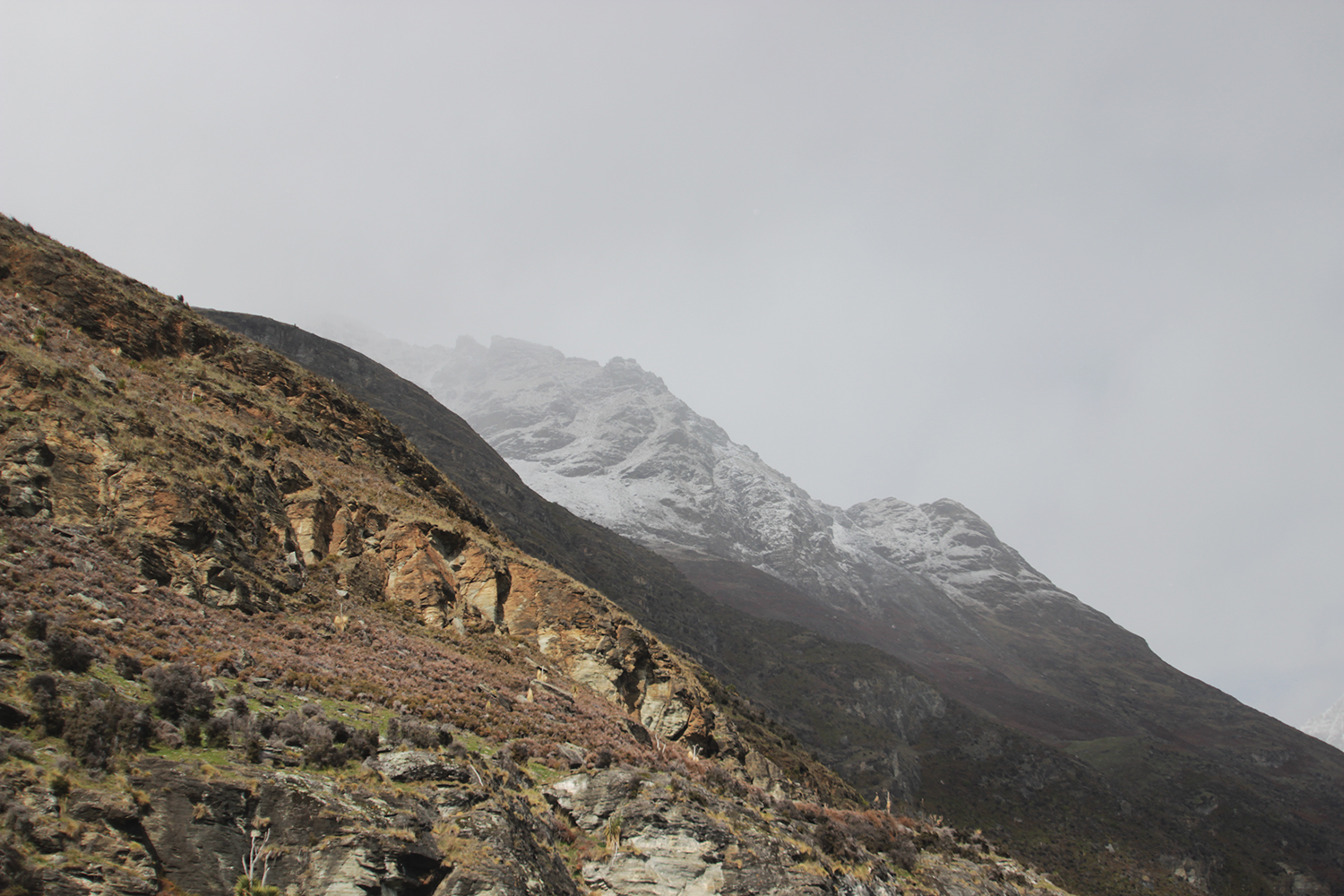 Josh then scooped up a bucket of water from the middle of the lake for us to have a drink. I was thinking – what?! But when I saw the water come up in the bucket, I knew it wasn’t ludicrous. It was crystal clear straight like it was from a bottled one. Apparently, companies only need to have 85% clarity in their water to have it bottled. In Lake Wakatipu, the clarity sits at 94%. I had three cups of water as it just tasted so good. So good as in, it just tasted like pure nothingness. No funny tangs or bite to it at all. Wish I could just live next to a lake that had water like that and just fill up my bottle all the time.

Afterwards we did the crazy line up for a Fergburger. I had seen the crowds outside of the joint a few times but didn’t realise it was actually renowned for their burgers. After hearing it from a few people around town, we just knew we had to try it before we left. We probably waited around 45 minutes before it was in our hands but it was pretty delicious. I had the ‘Bun Laden’ a falafel burger and the sauces were delicious. It was pretty massive though, so I struggled to walk afterwards.

We then headed for the airport. Sad times. Anyway, I figured this whole blog had a lot to do with the Lake so I hope you enjoyed my exhibition of landscapes around the lake haha. Thank you for coming on board this New Zealand journey with me. I hope you all enjoyed it. Time to get my head back in the game as I work towards the Turpentine single launch.