The band and I were fortunate enough to be invited to perform at Raw Awards Australia for 2013. Although we were nominated for Musician of the Year, we didn’t quite make the title due to the overwhelming pool of talent to chose from. However, we got to play alongside the local and national winners, The Aerials and Bad Pony, as Executive Director’s Favourites.

We were missing our skillful electric guitarist, Joe but made do with what we’ve got. This was our first set with the trio as Jack Killalea on bass, Luke Sampson on drums and myself so we played a different variety and composition of original songs.

Thank you to Kristen Wehlow, the Australian executive director for Raw Artists, it is a huge job you carry on your hands. But many thanks to those who came and supported, and those who still supported but unfortunately couldn’t come (Gareth & Mark). It was one of those gigs with a ticket quota and I was stressing to fulfill it. So thank you. Sometimes being an independent artist is tough but having the encouragement and reinforcements make it much more manageable.

After the music segment, there were some interesting acts such as dancing, burlesque and fashion but my favourite had to be the crazy hula hoop lady who was able to keep the hoops rolling with her neck down to her feet. There was even a girl that acted as Sleeping Beauty on the audience floor in a bed of flowers for the whole night!

That must take so much strength and rhythm!

Unbeknownst to most, it was also my birthday. I don’t like to make a huge fuss but really enjoyed the casual, spontaneous dinner after my performance and I just have to say thank you to one of my frequent audience members, Alan. He knew that it fell somewhere in January and just so happened that I had a gig on the actual date but no one was aware and gave me the most thoughtful gift. I don’t ever need gifts but a box full of fellow local independent musicians’ CDs and chocolates is exactly what my soul needs – alongside watching some Australian Open tennis. 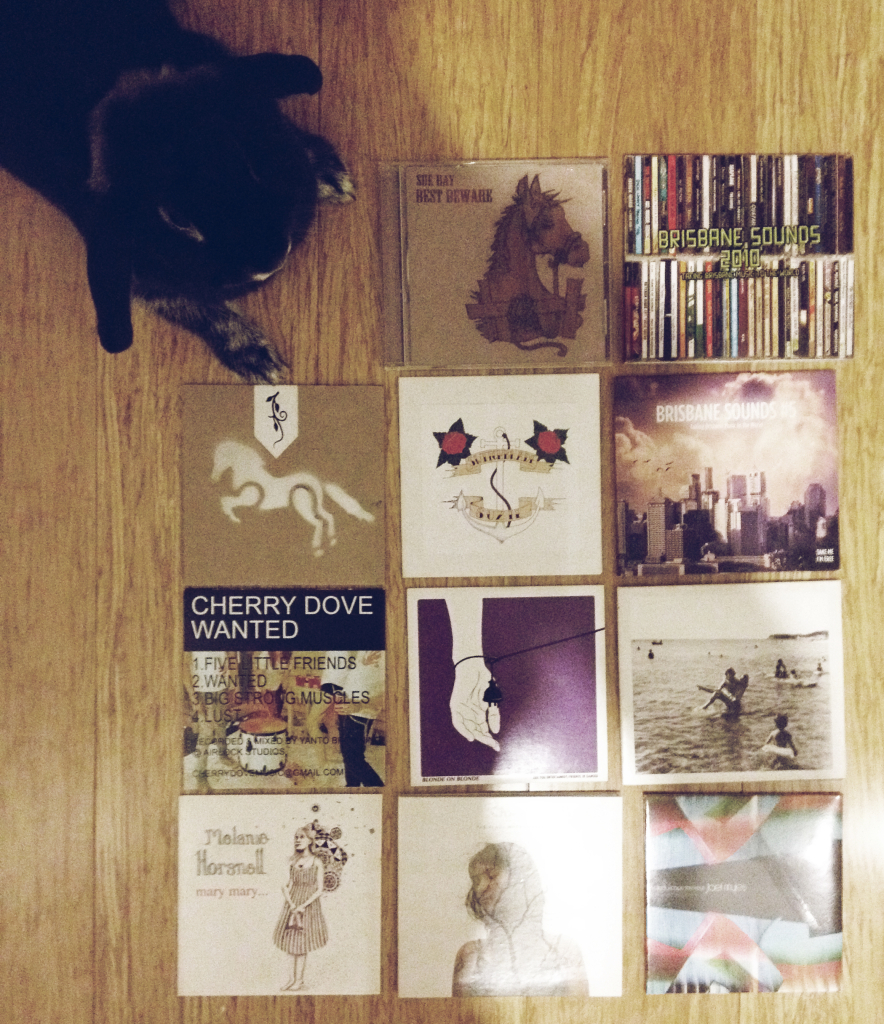 Photography by Emily Nelson, except for that shitty iPhone picture you see above.